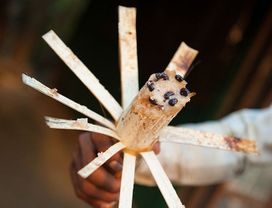 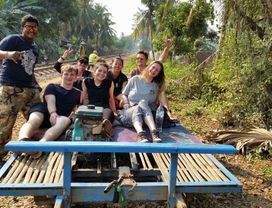 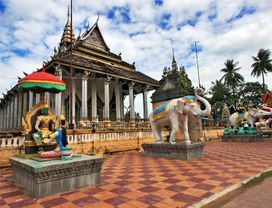 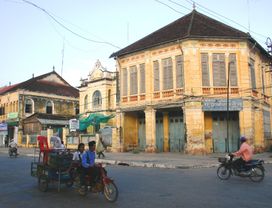 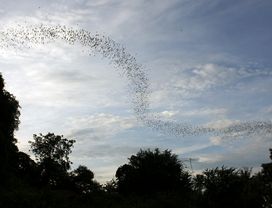 Night tour by Tuk Tuk: Enjoying the night in Battambang 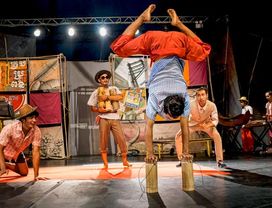 Night tour by Tuk Tuk: Enjoying the nightlife in Battambang 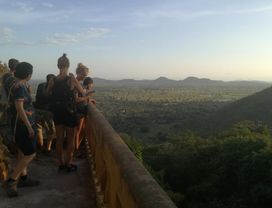 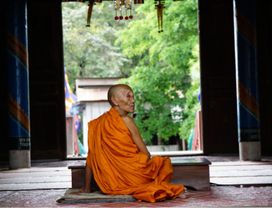 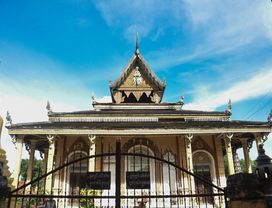 Night tour by Tuk Tuk: Enjoying the nightlife in Battambang

Night tour by Tuk Tuk: Enjoying the night in Battambang

There is so much to love about Battambang, from the beautiful countryside to the serene temples. It is the province that inspired legendary Cambodian artist Sin Sisamuth to sing, ‘Oh, my beloved Battambang. I leave you now, I leave with longing…” However, the Khmer Rouge regime has also left pockets of tragedy throughout the province. The genocide that left almost 2 million people dead, it is an important part of Cambodia’s contemporary history that is worth learning about. Still, you will find the spirit of the people and the joy from their simple way of life ultimately uplifting.

Built in the 11th century during the Angkor golden era, Wat Ek Phnom now stands in tranquility surrounded by Bodhi trees and colorful flowers. Though mostly in ruins, the temple’s main towers impress with the elegant curves and slender figures carved above the entryways. The temple is situated on a small hill among a brightly-colored pagoda and grand white Buddha statue that were built in modern times. With few to no crowds, except for Khmer holidays when locals flood to the pagoda, it’s lovely and serene to stroll around the complex.

The sunset view at Phnom Sampov or “Ship Mountain” is unlike any other. Every evening huge swarms of bats shoot out of the mountain’s caves to hunt for the night, creating a fascinating sight to behold. But Phnom Sampov is heavily wrought by the dark history of the Khmer Rouge regime. Some of the caves were used as execution cells and the skeletons of the victims are still there today. Despite this terrible past, one of the caves, Pkasla, is a place of hope where newlyweds of the village go to celebrate their union. With a local by your side, you should also ask about the legend “Reachkol Neang Romsay Sok,” a fantastical origin story of the mountain.

The top of Phnom Banan is worth the climb of over 350 steps to reach. Once there, you’ll be rewarded with a sweeping view of the vibrant greenery and the gorgeous winding Sangkae River. Also within view are the Crocodile Mountain (named so because of its crocodile-like shape) and Phnom Sampov. Another big reward is the temple that, like Ek Phnom, was built in the 11th century. Though some parts have sadly been looted, the temple mostly retains its structure and there are still exquisitely-carved lintels to marvel at.

At the foot of Phnom Banan begins the train track for the popular ‘bamboo train’ ride. It’s not actually a train though, but a bamboo board fashioned with wheels and a small motor to run along the track. The locals call it “nori” and it’s a unique and fun way to take in the gorgeous countryside. While originally invented for practical purposes, the nori became somewhat of an accidental hit among locals and tourists alike. So much so that when the old train track it ran on was redeveloped for traffic again, the current 4 km track starting at Phnom Banon was built so the nori could remain one of Battambang’s top attractions.

Prepare to stomach a lot of tragedies when visiting this historical temple. Under the Khmer Rouge, the grounds of Wat Somrong Knong became a prison where an estimated 10,000 people were killed. Today, a memorial shrine honors the victims and depicts the cruelties the Khmer Rouge perpetuated. Nothing sinks the terrible reality in deeper than seeing the victim’s skulls, encased in glass. Though your heart will be heavy, the compassion and understanding you will gain is a valuable part of your travel in Cambodia.

The people of Battambang have many specialities when it comes to food. For one, locals have practiced the craft of making rice paper for many generations. The thin sheet is used to make the delicious vegetable spring roll that’s a favorite among locals. You can find out about the interesting way it’s made too and learn more about the lives of people who make them. Also make sure not to miss out on the national dish, the fish paste Prahok, and the yummy bamboo rice cakes!

If you have seen the stunning performance of PHARE The Cambodia circus in Siem Reap, you might know of Phare Ponleu Selapak, the non-profit association that trains the performers based in Battambang. The association trains young Cambodians from underprivileged communities in the visual and performing arts to become professionals in the field. Be sure to check out their powerful performance and help support their efforts!

Traveling to other parts of Cambodia? Be sure to check out our other local tours there!

Local Tours Nearby Battambang & Around Cambodia 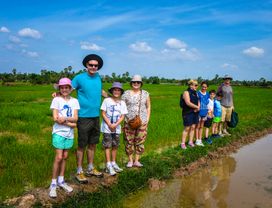 Bike to the Backroads of Kampot (Afternoon)

Bike to the Backroads of Kampot (Morning) 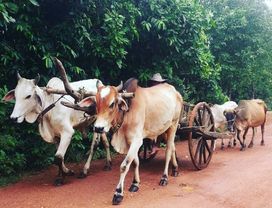 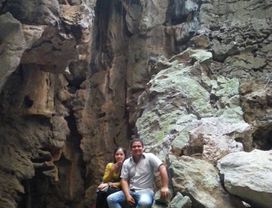 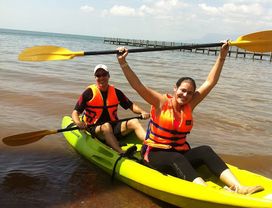 A Day on the Island in Kampot - Kep 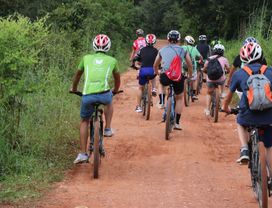 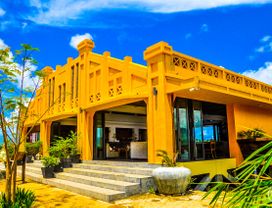 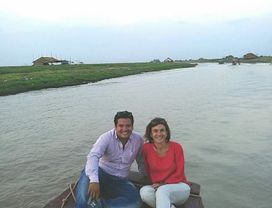 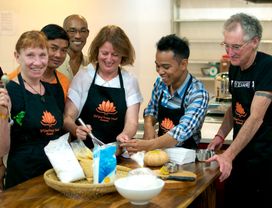 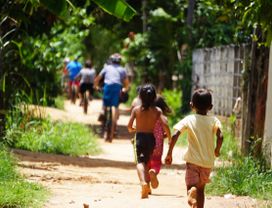 Off the Beaten Track in Siem Reap (Half-Day: Morning)