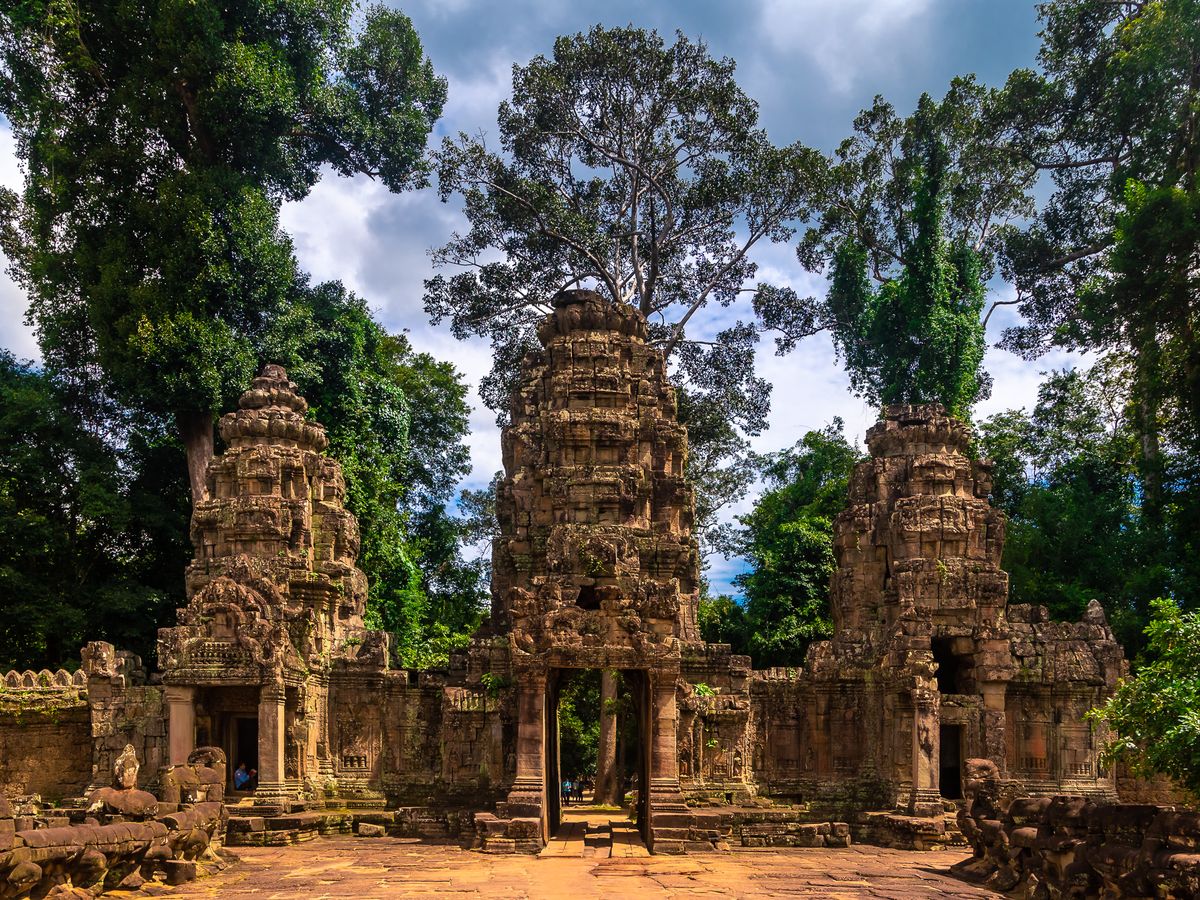 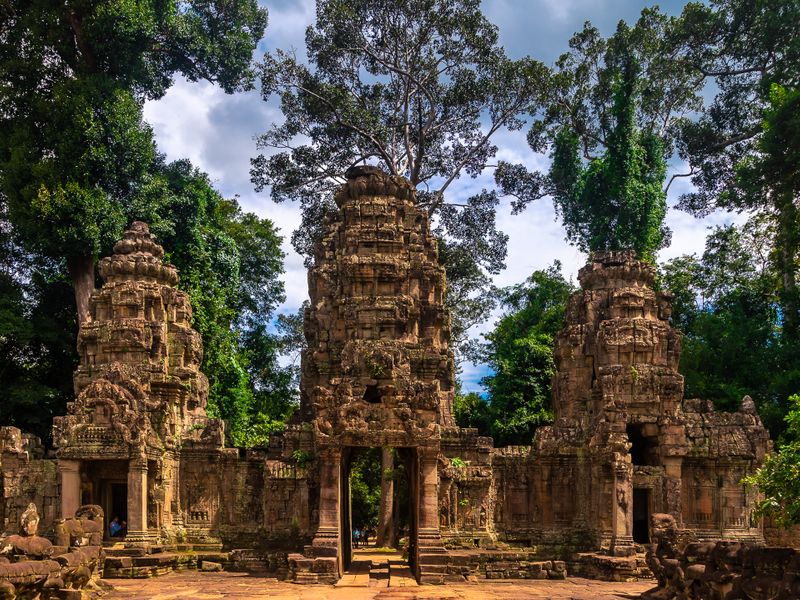 Its name meaning ‘Holy Sword’, Preah Khan has stood the test of time since the 12th century. The temple was built to honor the father of King Jayavarman VII. The location was also where the king gained victory over the invading Chams in 1191. At its time, the temple served as a Buddhist sanctuary and university, welcoming officials, teachers, dancers and servants numbering up to 100,000. Beyond the temple’s functions, Preah Khan also displays some impressive ornamental works. 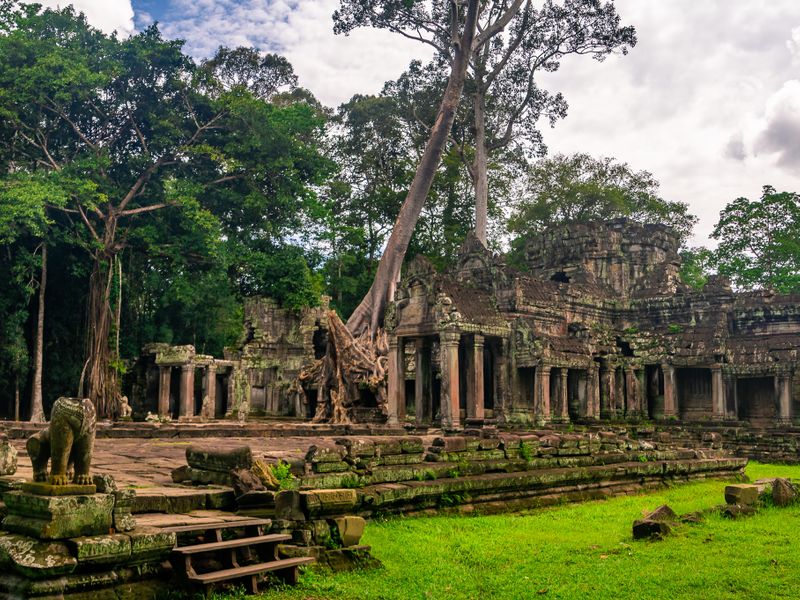 When it was discovered, Preah Khan was mostly in ruins, overgrown by the jungle. Given the swath of trees and greenery wrapping around the temple structures, restoring the temple required a great deal of caution. Up until today, the temple is still left how it was originally found, giving visitors a feeling of discovering a hidden temple in the jungle.