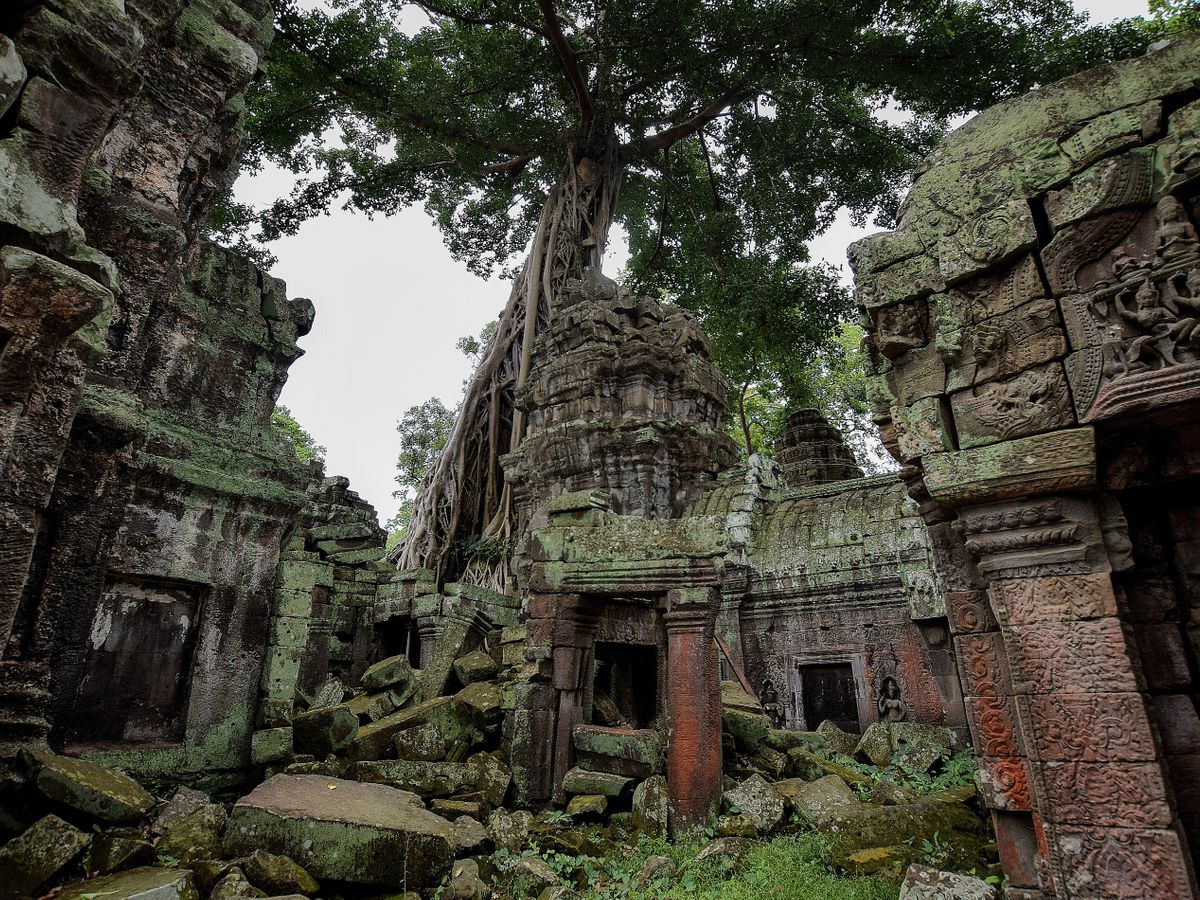 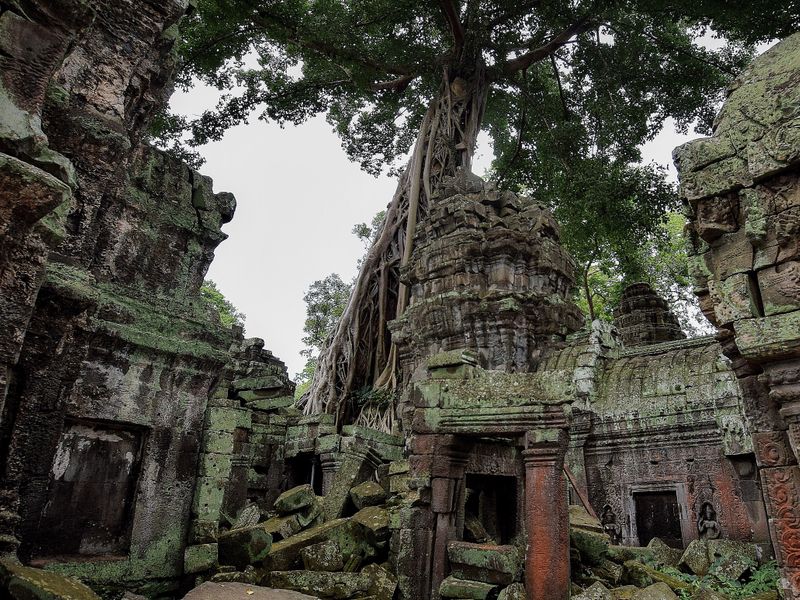 Famous for appearing in the Tomb Raider movie, Ta Prohm charms visitors with its atmospheric feel of a temple lost in the jungle, given that it’s left mostly how it was found. Built in the late 12th and early 13th century, Ta Prohm temple shares stylistic similaries with the Bayon temple that was also constructed during that time. Both temples are the work of King Jayavarman VII, who became a Mahayana Buddist during his rule, a rarity in those days. 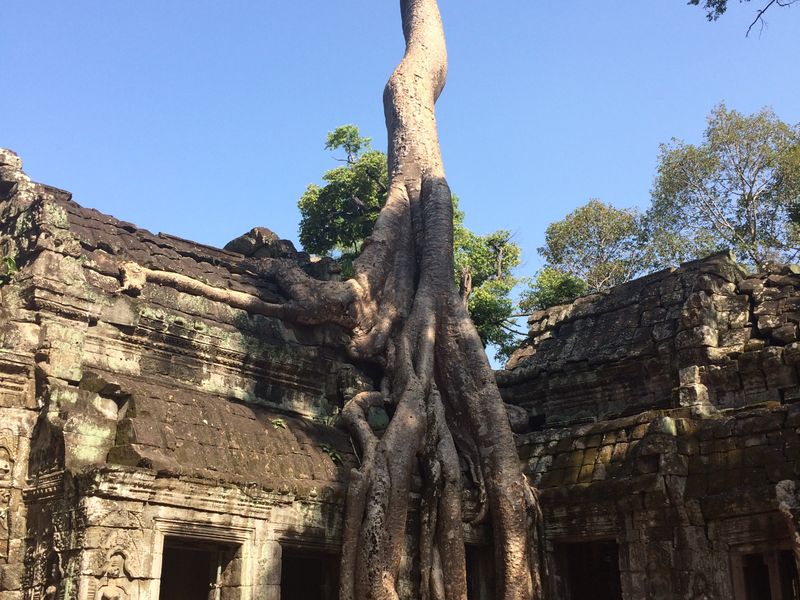 And so the temple was built as a Mahayna Buddhist monastery and university, housing over 12,500 people that included priests and dancers. It was also the center of high productivity and riches, hosting workers of around 80,000 people from surrounding villages. At the time, the temple’s name was actually Rajavihara (which means ‘royal monastery’). The pair to Preah Khan Temple, which was dedicated to the king’s father, Ta Prohm was built to honor his mother.

The temple was abandoned after the fall of the Khmer Empire in the 15th century. It was not until the early 21st century that restoration work began at the site.