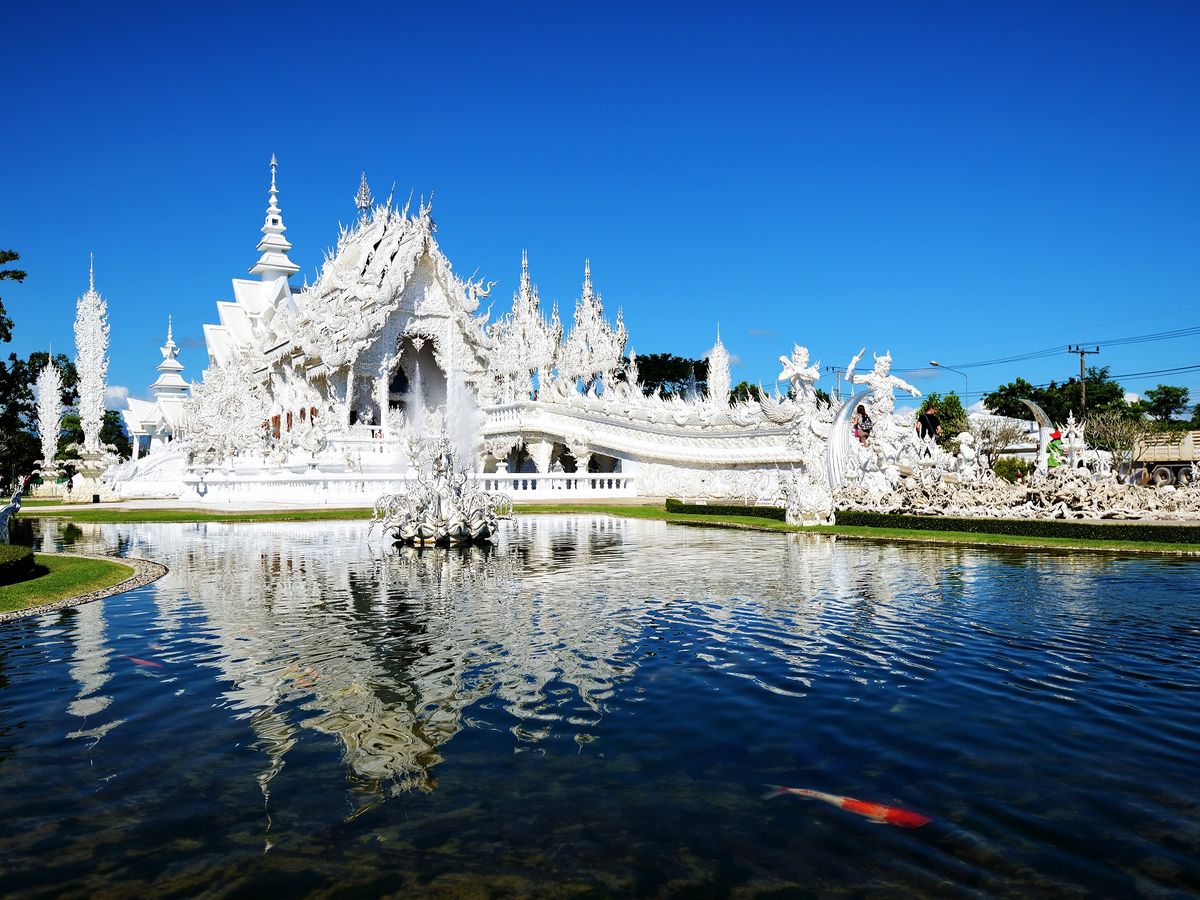 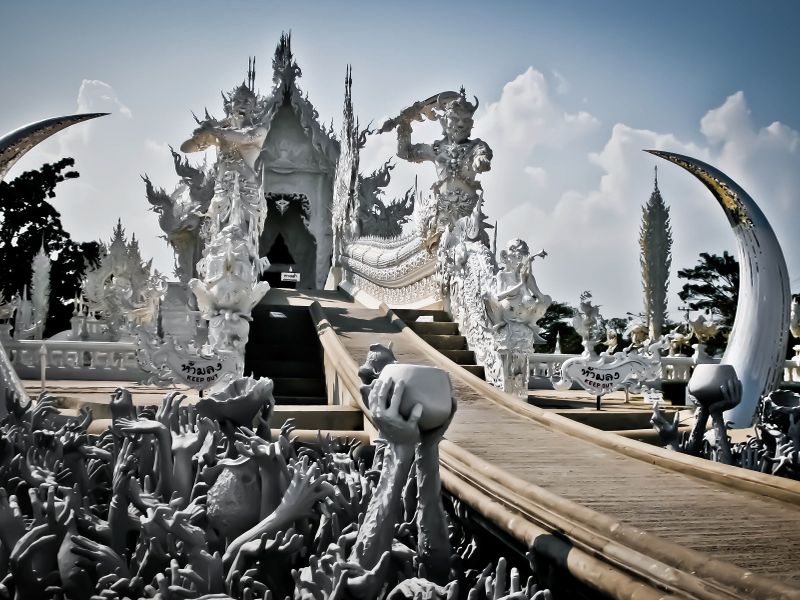 If you’re someone who needs to see something magnificent in Thailand, then you’ve come to the right place. Wat Rong Khun or simply the White Temple in Chiang Rai’s most famous landmark, and also the most creative work from Ajarn Chalermchai Kositpipat, Thailand’s national artist. Once you’re there, you’ll see that the temple is as beautiful as the real paradise. Originally, the area of ​​the temple is only 3 Rai and later expanded to 12 Rai. The construction began in 1998. 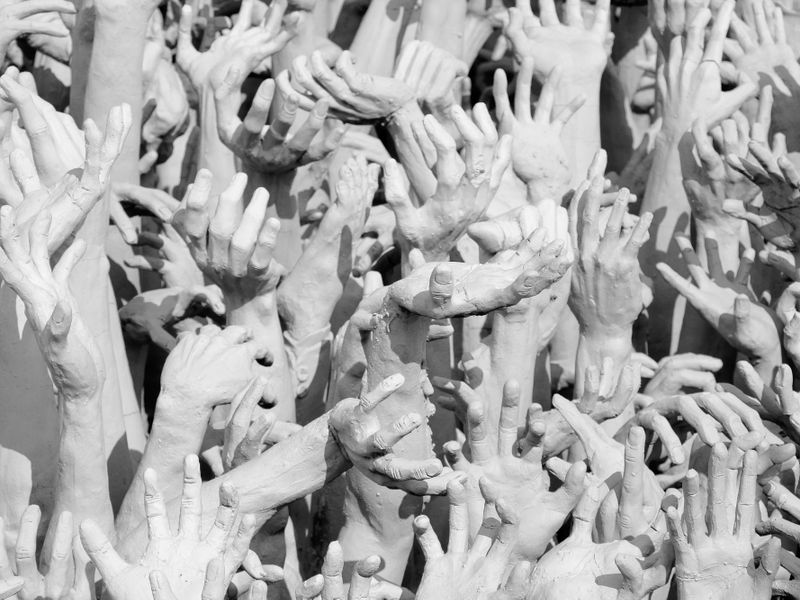 Ajarn Chalermchai Kositpipat is well-known as a Thai artist with a variety of Thai painting works and is regarded as the National artist of Visual Arts (Painting). Located in Mueang district, Chiang Rai, Wat Rong Khun is considered an important religious place in with the intention of creating. It all began when Ajarn Chalermchai wanted to create a magnificent work of art to be deposited as a treasure at the land of his hometown. So, he has started everything since 1997 to dedicate his time to create a Buddhist masterpiece as his last work in his life. More importantly, he dedicated the White Temple to the late great King Rama IX. He was inspired to build this temple in for 3 things, namely for the nation, religion and the King. 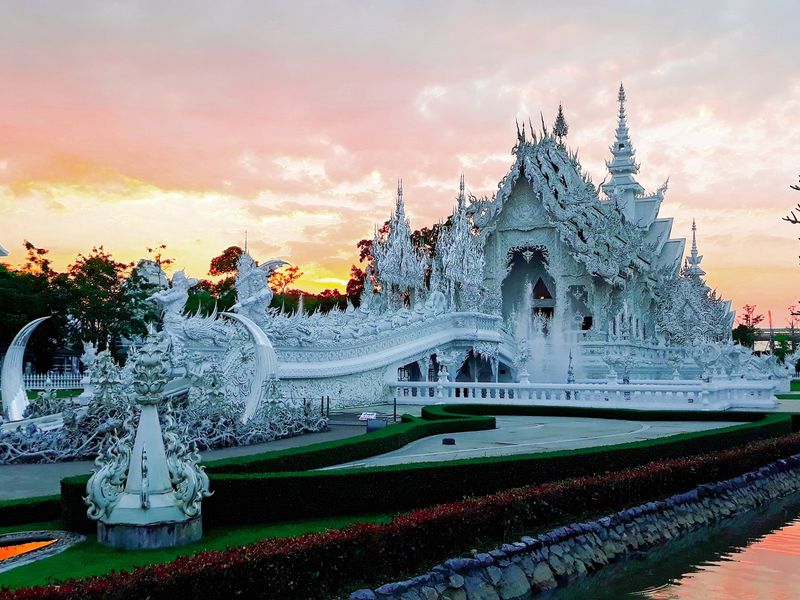 One outstanding thing inside Wat Rong Khun is the "Phra Ubosot", or the main ordination hall, which has a unique artistic identity. There is the shape of the brace and the details which are totally different from other temples. The color white represents the holiness, while the glistening white glass captures the sparkle.

You can go to visit Wat Rong Khun every day in both the gallery and souvenir shop. This is the place that everyone shouldn’t miss seeing it with your own eyes at least once in life. This place can truly be called the real paradise on earth. 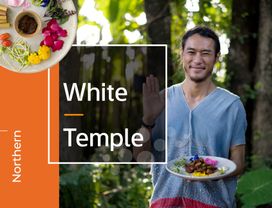 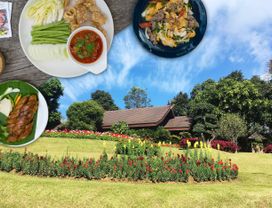 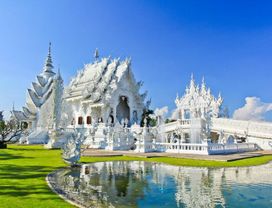 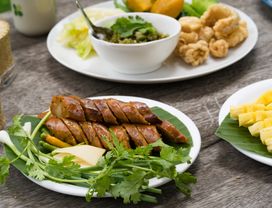 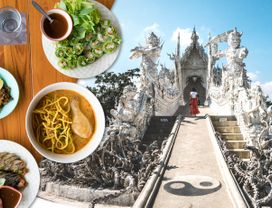 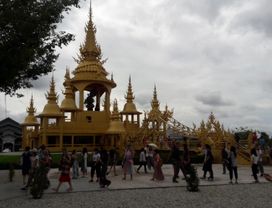 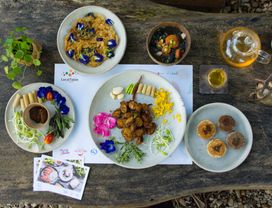 See Sunset at White Temple with Heartmade Meal in a Farm