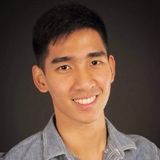 I'm a cadet student who love spending time meeting new friends from around the world. Let me show you fun activities at The Thailand Military Academy!

One for my nephew to remember.

My nephew is a Cadet in the UK and wanted to see how things in the military worked in Thailand. He totally loved the day out with Phanuwat, and thank him for sharing his experiences with my nephew. He only asks that Phanuwat shares pics on my nephews FB Page. At the end of the day i gave me nephew 2 envelopes as a tip. One was a good tip, one envelope was a great tip, and he chose the great tip envelope. I think it is an experience that will stay with my nephew for life. Thank you!!!!

His brother was driving us - and is also a serving officer in the Thai army - so it was a very military operation indeed.

Upon arrival we saw some academic classes run for the local schoolchildren by the Officer Cadets themselves - what a fantastic idea and how generous of them to give up their weekend to pass something on to the younger generations!

We also experienced the shooting range, archery, and visited the academy museum and some other buildings.

During a delicious lunch (very happy it was not army food!) Pranuwat even invited some other cadets to join us so we had the chance to ask questions and learn more about their lives.

Probably the most impressive thing for me was what a great ambassador Pranuwat is for the academy and Thai army in general. Polite, charming and with excellent English.

I happily recommend this tour for anyone with any interest in military history or even the Thai royal family and some of the key culture which shapes the Kingdom to this day.

The tour is fun filling with lots of activities that can be done and for me, trying first time at archery, gliding across the water, trekking up the CRMA mountain. Pahk also explained about the history of the academy, the accomplishment of Rama V. The scenery at the academy is truly breath taking... with the mountain range covering 3 provinces! Imagine the cadet trainings at these mountains, nothing but respect for them. It is truly a place where leaders are born. There are much to learn and see here and do take the tour to know more - to have a fun fulfilling exposure to the Royal Military Academy. Thank you Pahk for the tour :)

+ 2 more travelers have enjoyed
the local experience with Panuwat