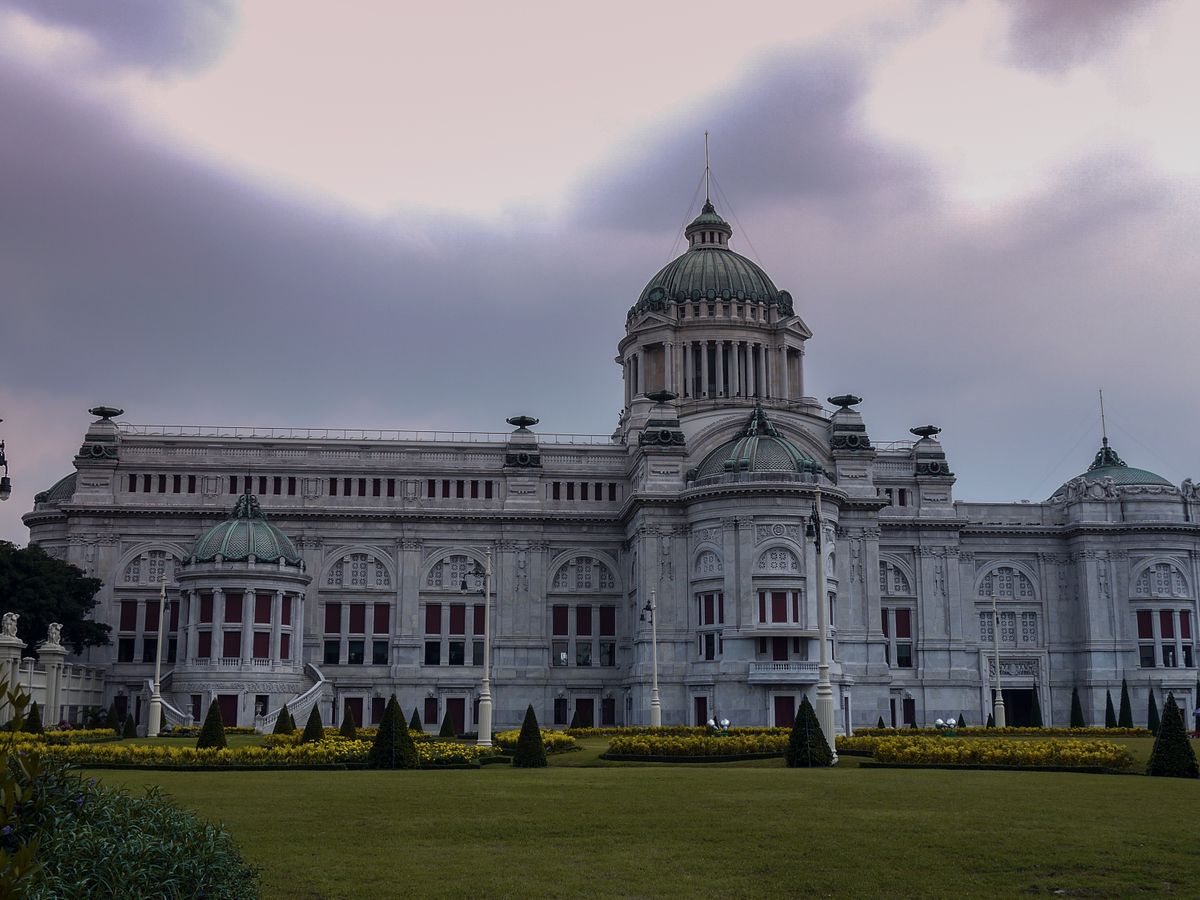 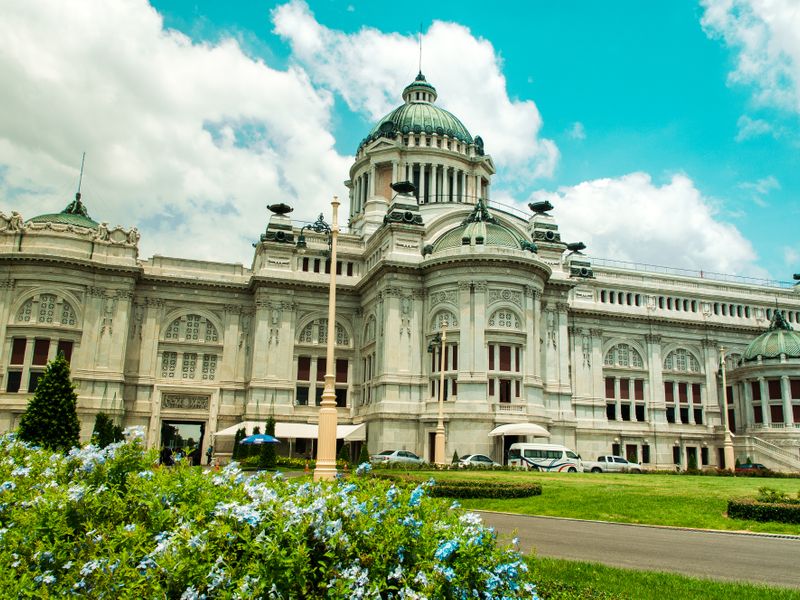 ‘Thai art and culture is an exquisite combination of differences and diversity’ – Ananta Samakhom Throne Hall is one of the best examples of this quote. A century-old building located in Dusit District, it was commissioned by King Rama V as the royal reception hall for Dusit Palace. In the premise, you will witness the Italian Renaissance style with an outstanding large dome in the center, surrounded by 6 smaller domes. Set in the beautiful gardens, Ananta Samakhom Throne Hall has become one of the most attractive tourist spots in Bangkok. 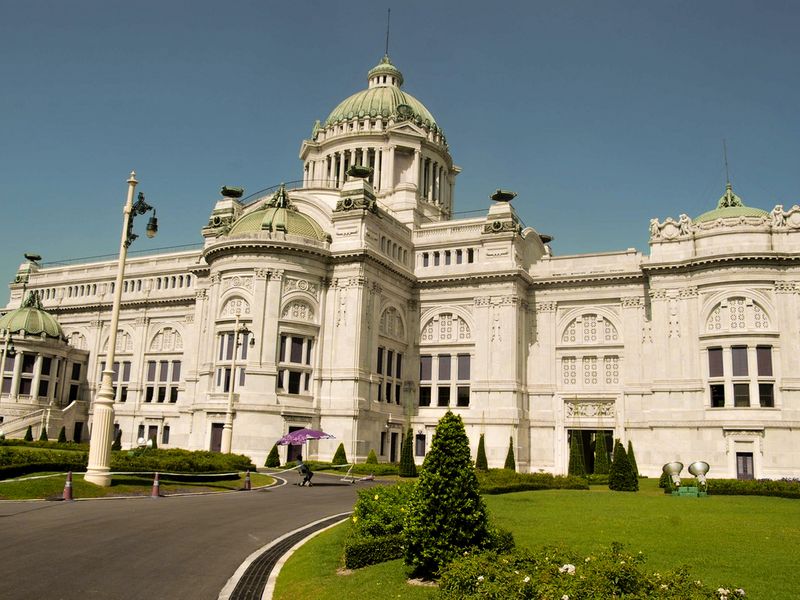 Ananta Samakhom Throne Hall was built in 1908, inspired by King Rama V’s trip to Europe and was completed in 1915, 5 years after his death. Although the hall has been closed for interior visits since 2017, the exterior still impresses many visitors by its Italian Renaissance and neoclassical style designed by 2 Italian architects – Annibale Rigotti and Mario Tamagno.

The building was built from white marble from Carrara, Italy, as well as other foreign materials. The interior walls and ceiling are covered by Fresco drawings, showing the history of the Chakri Dynasty. The throne hall also went through the crucial point of Thai history where the country’s political system transformed from absolute monarchy to democracy in 1932. Thus, it was used as the country’s first parliament until 1974. It recently served as a museum housing the exhibition that displayed various traditional Thai crafts under the SUPPORT foundation encouraged by Her Majesty Queen Sirikit. 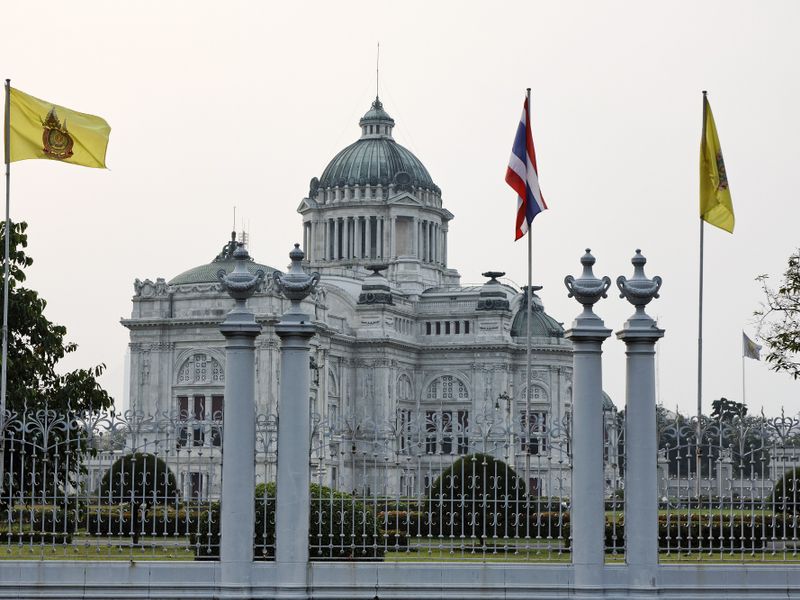 Ananta Samakhom Throne Hall is majestically set at the end of the royal plaza with the equestrian statue of King Rama V in front. Its location on Si Ayuttaya road in Dusit district cannot be accessed by BTS Skytrain or metro (MRT). Thus, the easiest ways to get there are by taxi or taking a tuk-tuk. You can also add the throne hall to your day boat tour since it’s just about a 1-kilometer walk from Thewes Pier of the Chao Phraya River Express boat.

Once you are there, you will receive an audio guide that is available in many languages. A locker will be provided to keep cameras and mobile phones as they are not allowed to be taken inside. 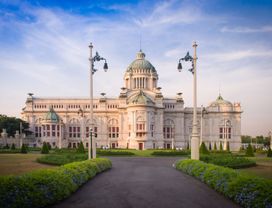 Visit Dusit Palace and Chill Out at Asiatique