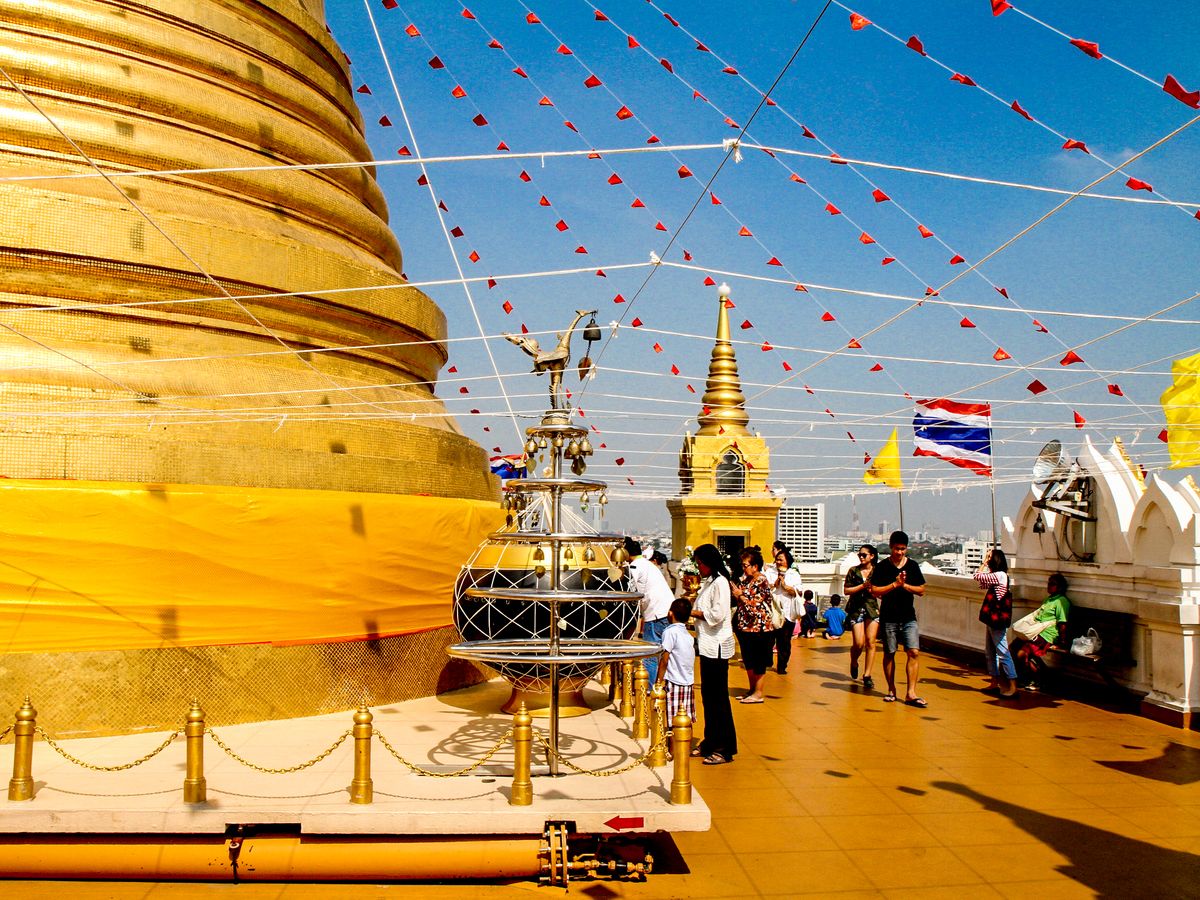 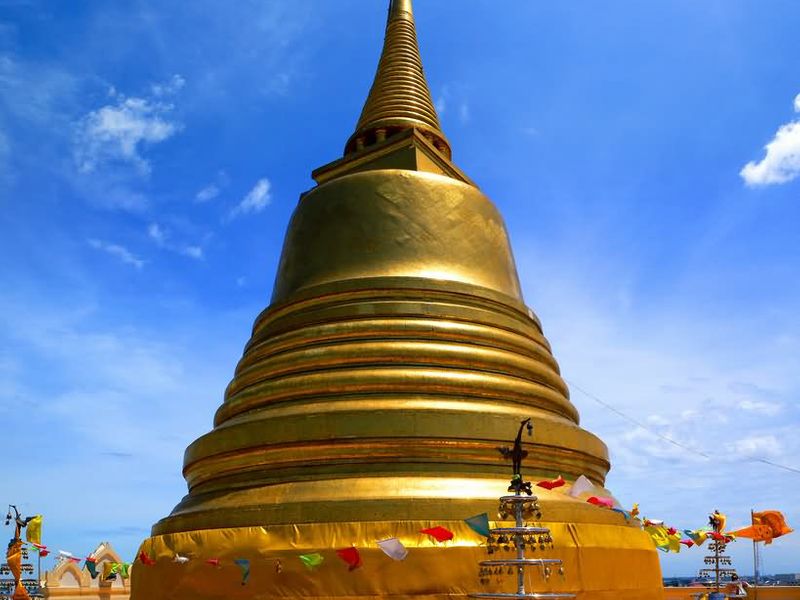 Wat Saket, or ‘The Golden Mountain Temple’ is one of the city’s oldest temples located outside the old Rattanakosin island area of Bangkok.

The temple was once known as "Wat Sakae" during the Ayutthaya period,  but by the order of King Rama I the temple was restored and renamed to "Wat Saket Ratcha Wora Maha Wihan."

With its historical and cultural significance, the Golden Mountain Temple is one of Bangkok's most well-known and much-revered landmarks. 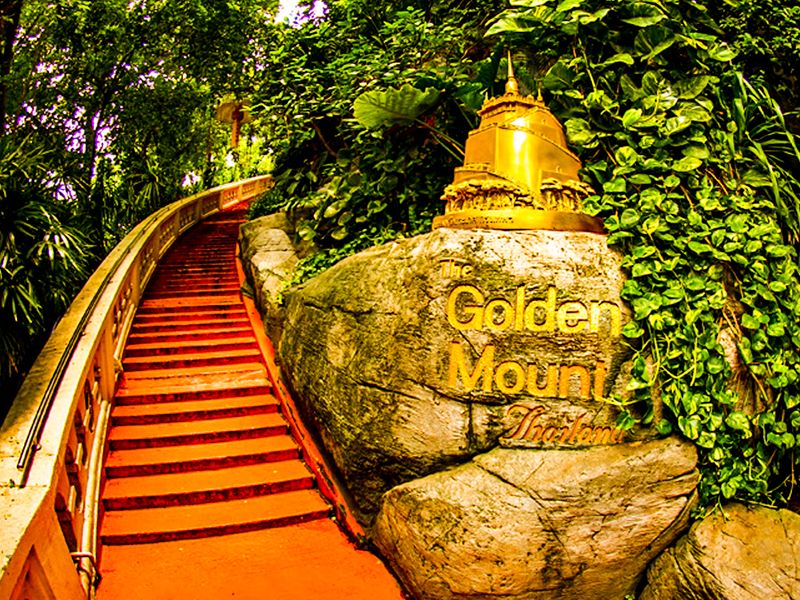 Wat Saket is also one of Bangkok's most distinct landmarks. Atop of the 80-meter high mountain hill called Phu Khao Thong (meaning Golden Mountain), you will find the temple’s main gilded chedi (or stupa). This ‘mountain’, formed from the debris of a collapsed chedi commissioned to be built by King Rama III, was once Bangkok's highest point.

Near the base of the steps, you'll find a cemetery covered with overgrown vines and trees. This is where the ashes of the plague victims of the late 18th century are buried, highlighting a dark period of Bangkok. 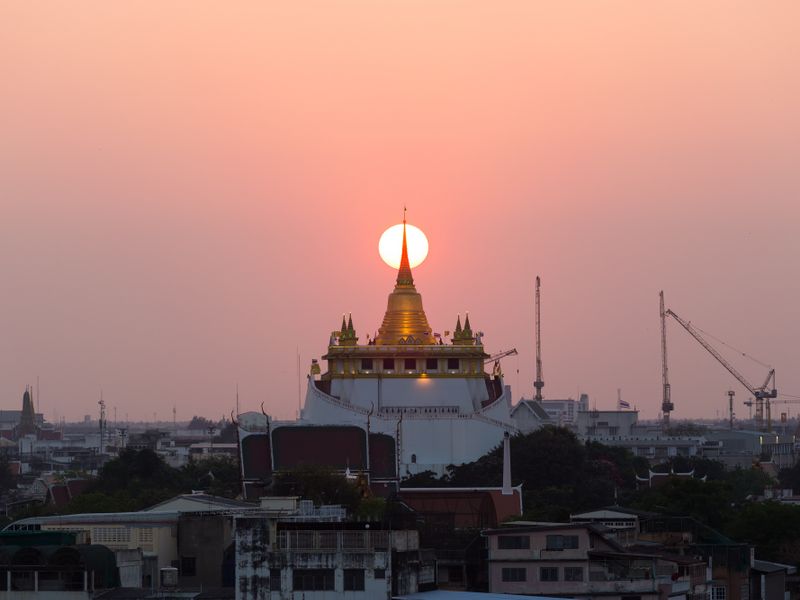 Once you arrive at the top of Wat Saket, you’ll be greeted by a wall of bells and panoramas of Bangkok Old Town. Landmarks such as the gleaming Temple of the Emerald Buddha and the Grand Palace the golden Rama VIII suspension bridge, and Bangkok’s business district can all be seen from atop, completing a 360-degree view of Bangkok.

Wat Saket or the Golden Mountain Temple offers a cool way to look over the charismatic old town of Bangkok. Regardless of any religion you practice, this temple is full of surprises and will charm you from the first step of the stairs till the top of the mountain. Simply do not miss it visiting Wat Saket once you're in Bangkok! 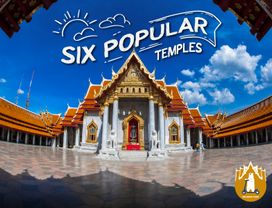 Visit 6 Popular Temples in Bangkok on a Scooter 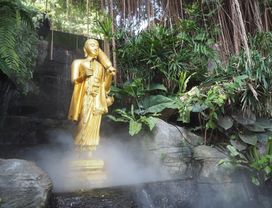 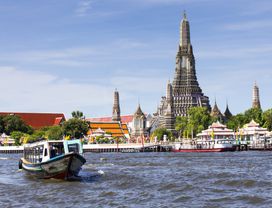 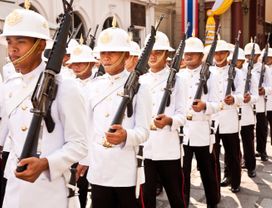 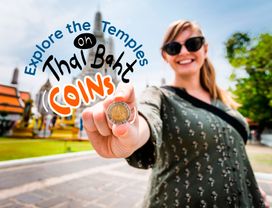 Explore the Temples on Thai Baht Coins in Bangkok 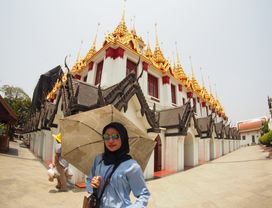