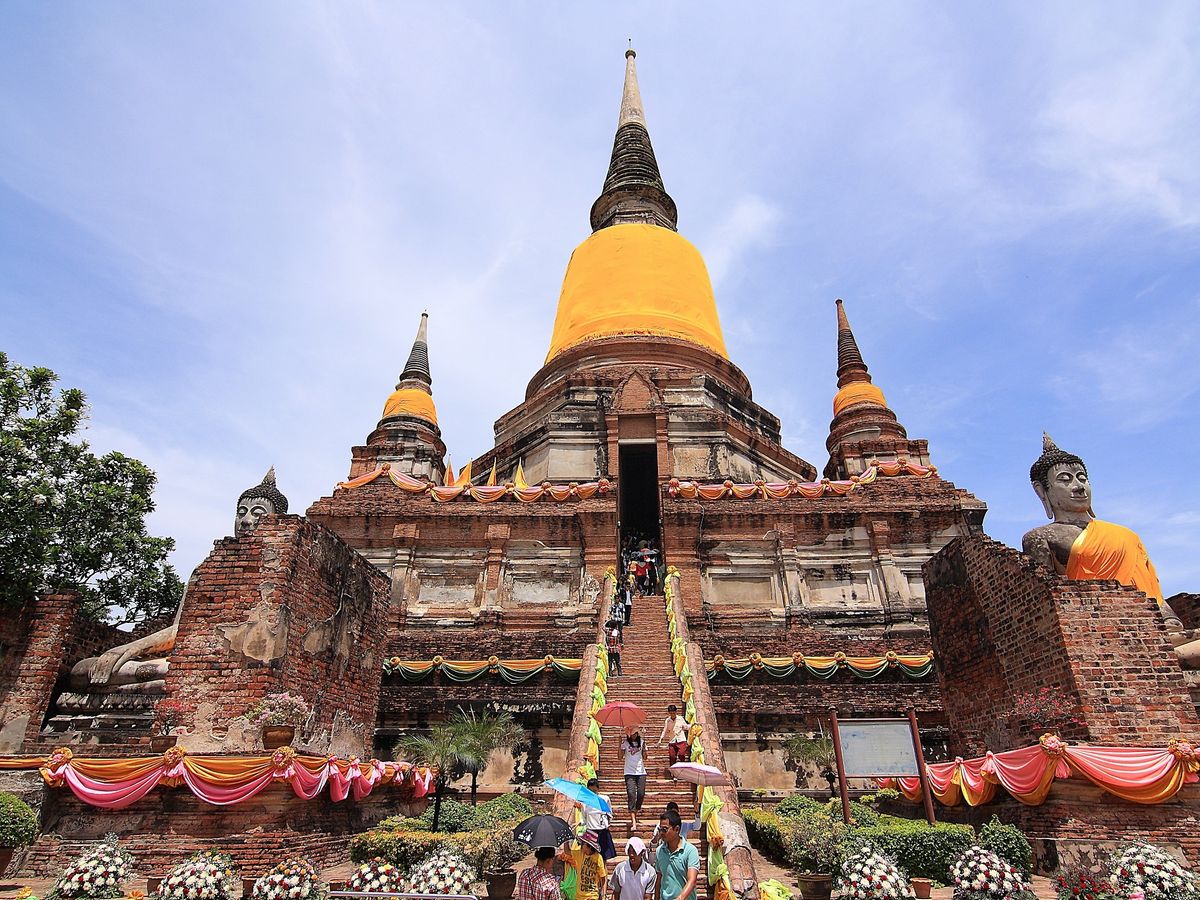 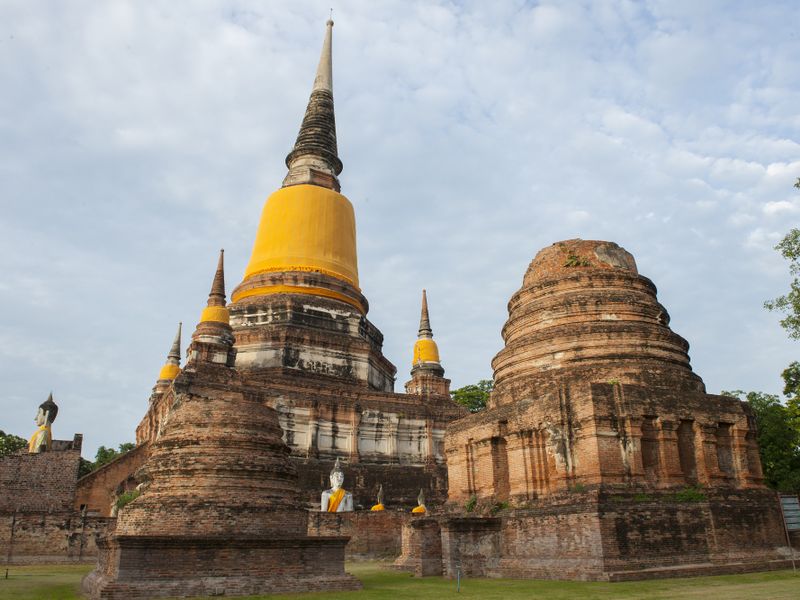 Wat Yai Chai Mongkol, an ancient royal monastery, is one of the most important temples in Ayutthaya province. It was constructed by King Ramathibodi I (King U-thong) in 1357 and destroyed by the Burmese in 1766. At first, it was known as Wat Pa Kaew. The chedi (pagoda) of Wat Yai Chai Mongkol is one of the landmarks of Ayutthaya. It is the large central chedi that was built in 1592 by King Naresuan, one of Ayutthaya’s greatest kings, to celebrate the victory over the Burmese. The Chedi was named Phra Chedi Chaiya Mongkol and the temple became known as Wat Yai Chai Mongkol which means the “Great Monastery of Auspicious Victory”. 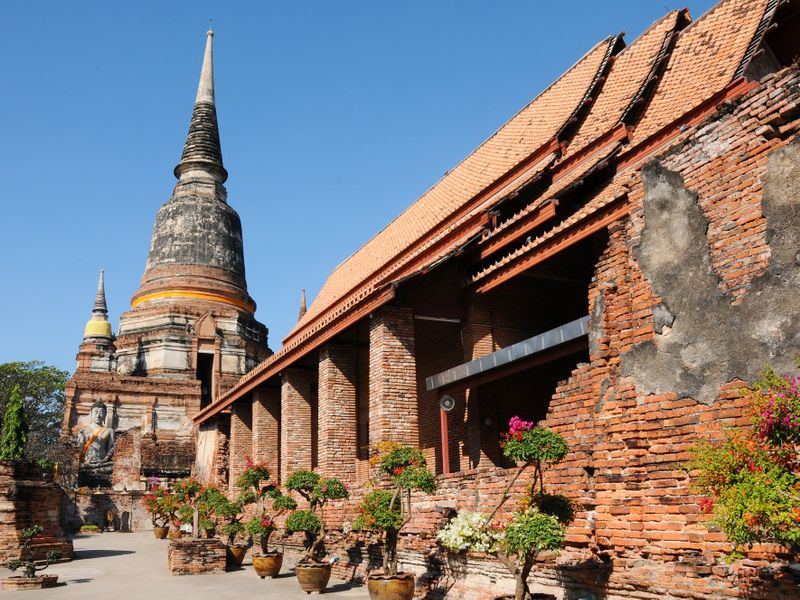 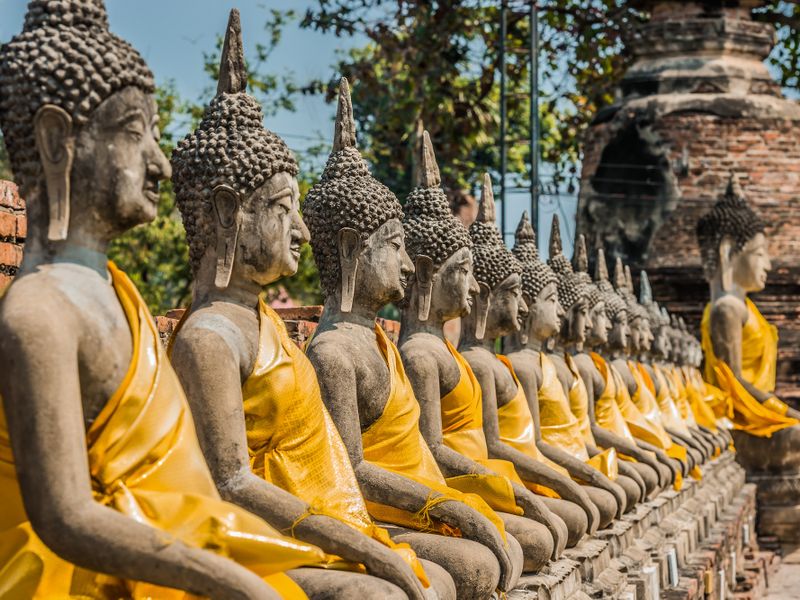 Getting to Wat Yai Chai Mongkol is very easy and convenient due to Ayutthaya is not far from Bangkok. You can get on the BTS Skytrain to the Victory Monument Station and take the van to Ayutthaya, drop off at “Wongwian Chedi”, away from Wat Yai Chai Mongkol about 5 minutes by walking. However, you can avoid this altogether by going with our Local Experts in their private car for a comfortable ride!

This is a must-visit place once you come to Ayutthaya. It is not only an ancient art of Ayutthaya style but also a very popular temple for the locals and tourists. Visit in the morning with the blue clear sky is much better! Learning the Thai history with an ancient art style at Wat Yai Chai Mongkol is so magical. It is kind of fascinating! Explore the Ancient Capital of Ayutthaya in a Day 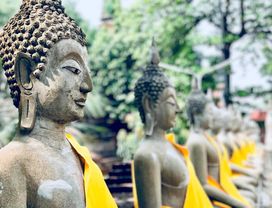 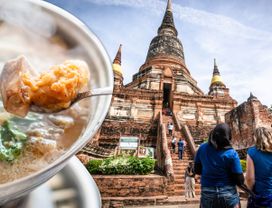 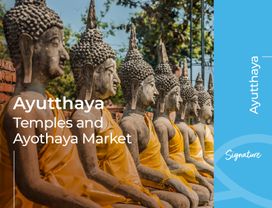 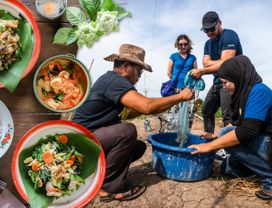 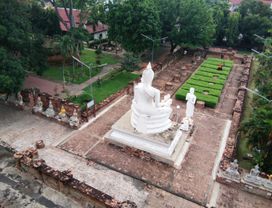 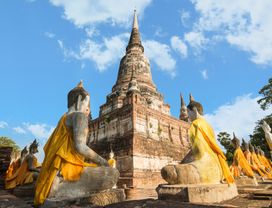 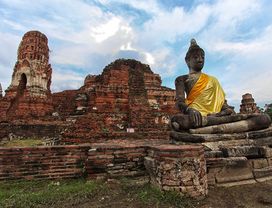 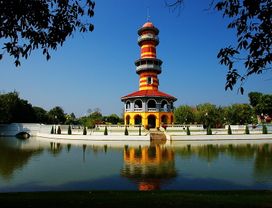 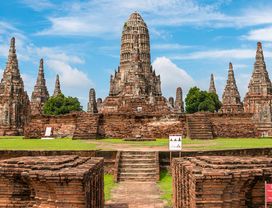 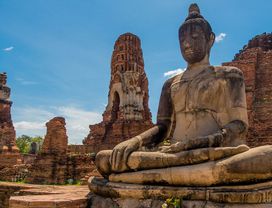 Day Trip to Historic Ayutthaya in a Private Car from Bangkok