“We are not the makers of history, but we are made by history”. Situated in the west of Thailand, Kanchanaburi is widely recognised for its Death Railway. The city itself played a vital part in World War II. Countless numbers of soldiers and labourers went through harsh times during the brutal battles. At JEATH War Museum, you will find everything you need to know about Thailand’s days in the midst of wartime. Come walk through the history and uncover endless secrets of the past. JEATH stands for Japan, England, America/Australian, Thailand, and Holland. Yes, these are the countries associated with the railway construction during 1942-1945. Just after the Japanese occupation, the war museum was found in 1977 by Chaichumpol Temple’s chief abbot, and the museum located just near the temple ground. In the early 1940s, the Japanese army started their strategic plan in building an iron bridge linking Thailand and Burma. Aiming to invade the Asian countries in the west, over 400,000 labourers and allied prisoners died during the construction, making one of the most tragic events in the area. 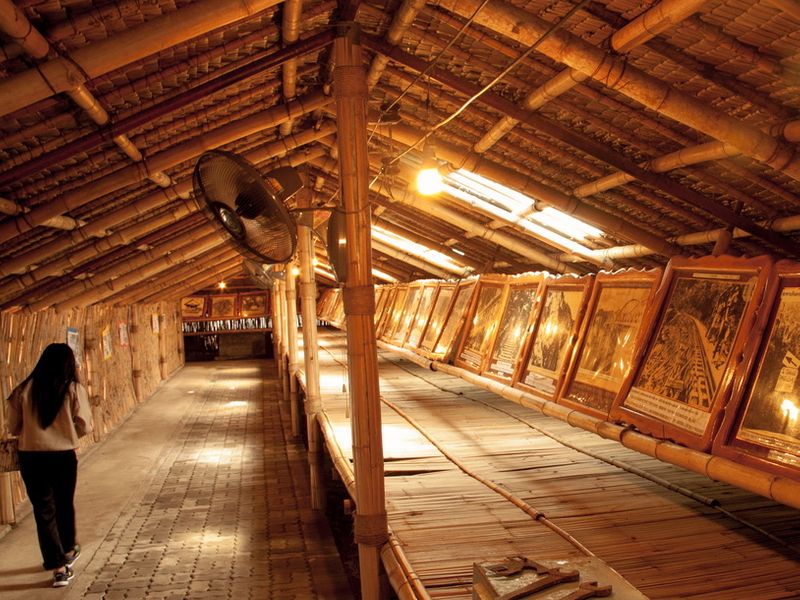 Visiting this first museum of Kanchanaburi, you will discover the fascinating sagas of the past, both good and bad, through the collections of artworks and photographs. Many of which are genuine artifacts! Walking inside JEATH War Museum, you can experience the lives of wartime prisoners. Don’t forget to take a look at the replica of their camp and see what’s it like sleeping on a bamboo panel floor. Along the way, you will come across the real-time Thai and oversea newspapers and postcards. So, read and find out how things are like back in the day of the intense battle. Here comes one of the coolest parts. See the antiques left from nearly 100 years ago, ranging from soldiers’ water bottles, to bombs (Don’t worry, they are decayed). And yes, the stories of the wartime survivors! Of course, visiting JEATH War Museum, you will definitely not want to miss Kanchanaburi’s trios! Let’s trace back to the beginning of this whole story at the Death Railway, or Burma Railway. Cherish the 415 kilometres-long track built in 1943 with the stunning backdrop of the serene River Kwai. Here, take a walk across River Kwai Bridge, the famous setting of the hollywood film “The Bridge on the River Kwai” back in 1950s. The place is also vastly known as the symbol of peace. So yes, it’s a perfect time for your snap! If you want a bit of mystery and adventure, just a short walk from the Death Railway, situated “Tham Krasae Cave”. Take a stroll on the track, cherish the sideway view, and discover the Buddha’s statue inside! The cave has no handrails, so let a local guide you for an easiest way :)

Thailand has so much to offer. Its history is hidden in every corner. Kanchanaburi is surely worth a visit when coming to Western Thailand. Unmask the past that made up the present of this land of smile with our Local Experts. Even though Kanchanaburi is popularly recognised for its long history, that’s not what it is all about. Explore a more lively side of this city. If you are a nature lover, Kanchanaburi is also the right place for you. Cool yourself down at Erawan Waterfall, the stunning 7-levels fall known for its emerald green pool. And, end your day with a sprightly time at Kanchanaburi Night Market. Here, you will find countless rows of street food stalls, from cheap ready-to-eat dishes to edible insects! Don’t forget to taste the must-try seafood too! 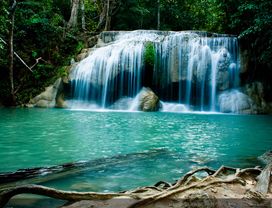 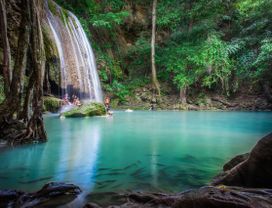 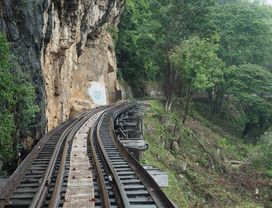 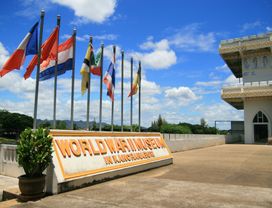 Train Ride on the Death Railway at Kanchanaburi 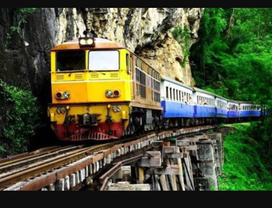